Peter Thompson, co-founder, and CEO of LucidLink is a passionate and experienced leader and business builder. Thompson has over 30 years of experience in driving business expansion, key programs, and partnerships across regions such as APAC and the Americas mostly in the storage and file system market.

With over 14 years at DataCore Software, most recently as VP of Emerging and Developing Markets, Thompson drove DataCore’s expansion into China working with key industry partners, technology alliances and global teams to develop programs and business focused on emerging markets. Thompson also held the role of Managing Director, APAC responsible for the bottom-line of all Asia operations. He also was President and Representative Director of DataCore Japan, acquiring the majority of ownership and running it as a standalone entity as a beachhead of marquis customers in Japan.

Thompson studied Japanese, history, and economics at Kansai Gaidai and has a BA in International Management, Psychology, Japanese, from Gustavus Adolphus College, is a graduate of Stanford University Business School’s MSx program, with a focus on entrepreneurial finance, design thinking, and the soft skills required to build and lead world-class, high performing teams.

George Dochev, co-founder and Chairman of LucidLink, is a storage and file system expert with extensive experience in bringing emerging technologies to market. Dochev has over 20 years of success leading the development of complex virtualization products for the storage industry. He specializes in research and development in the fields of high-performance distributed systems, storage infrastructure software, and cloud technologies.

Dochev was co-founder and principal member of the engineering team at DataCore Software for nearly 17 years. While at Datacore, Dochev helped transform that company from a start-up into a global leader in software-defined storage. Underscoring Dochev’s impact as an entrepreneur is the fact that DataCore Software now powers the data centers of 10,000+ large enterprises around the world.

Dochev holds a degree in Mathematics from Sofia University St. Kliment Ohridski in Bulgaria, and an MS in Computer Science from the University of National and World Economy, in Sofia, Bulgaria.

During his tenure at DataCore, Dochev’s team was often challenged when accessing large data files from distributed, remote locations. Dochev understood this issue challenged other industries as well, so he used his expertise to develop a solution. Dochev quickly realized this solution had the promise to replace traditional forms of data storage and file services. So, in 2016, along with Peter Thompson (CEO), they co-founded LucidLink, aiming to disrupt the enterprise file-sharing industry.

LucidLink was founded by storage and file system experts with a vision to transform how cloud object storage is used.

With cloud services and object storage growing exponentially, it became clear to the founders that applying old technology to a new paradigm was broken, and to truly benefit from cloud object storage, a new system had to be built from scratch.

LucidLink transforms the cloud into local storage. Our system allows users to stream data directly from the cloud, eliminating the need to download or synchronize. LucidLink is a file system specifically built for modern cloud-computing environments.

With LucidLink, any application, process, or workflow can benefit from low costs and elastic storage. LucidLink is at the forefront in the evolution of cloud services and storage, headquartered in San Mateo, CA. 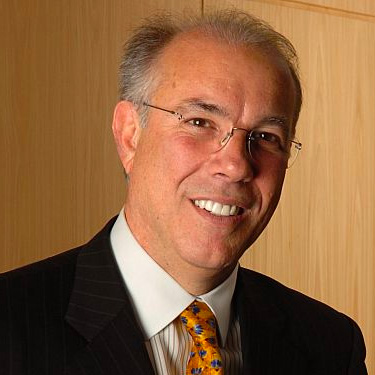 Mark B. Templeton is a technology entrepreneur, mentor, investor, and former CEO of Digital Ocean. DigitalOcean has become the second-largest and fastest-growing cloud computing platform in the world.

Before Digital Ocean, Mark was the CEO of Citrix Systems, Inc. Mark joined Citrix in 1995 as vice president of marketing before the company’s initial public offering. He was appointed president in 1998 and chief executive officer in 2001. Under his leadership, Citrix transformed from a $15 million, one-product, one-segment, single path-to-market organization to a global powerhouse with annual revenues of $2.59 billion in 2012. Today, Citrix solutions and products enable mobile workstyles for millions of people every day. Citrix services more than 260,000 organizations with over 10,000 business partners in 100 countries.

Mark has received numerous leadership awards, including the AeA Abacus Award for Outstanding High-Tech Executive, “Businessperson of the Year” (EVIE Award), and the Excalibur Award. He was also included on Glassdoor’s 2013 list of “50 Highest Rated CEOs.”

Mark holds a Bachelor of Arts in product design from North Carolina State University, College of Design, and an MBA from the University of Virginia, Darden School of Business. 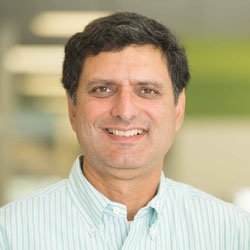 Before joining Hewlett Packard Enterprise, Varun was a co-founder and the CEO at Nimble Storage, Inc., which was purchased by Hewlett Packard Enterprise in March 2017. While at Nimble, Varun led the company through its first three rounds of funding and a record rate of customer acquisitions. Prior to Nimble, Varun was vice president of engineering at PeakStream Inc., a startup that was acquired by Google. Varun also served as vice president of engineering and was the twelfth employee at Data Domain, where his team brought the company’s first products to market, selling over 800 units in the first two years of shipping. Varun has also held senior management positions at NetApp, FastForward Networks, Panasas, and Sun Microsystems.

Varun earned a Master of Science in electrical engineering from Rice University and a Master in Business Administration from the Haas School of Business at the University of California, Berkeley. 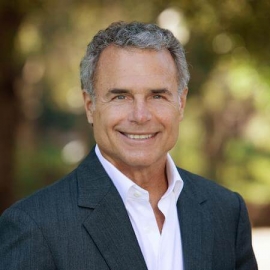 Peter Ziebelman is a seasoned venture capitalist with over 25 years of experience.

Peter co-founded Palo Alto Venture Partners in 1996, after starting the US Information Technology Operations of the UK venture capital firm, Thompson Clive Partners in 1988. He has served on the boards of early-stage companies that ultimately became public companies, including AvantGo (AVGO), Persistence (PRSW), and Vicinity (VCNT). He has also served on the boards of dozens of privately held high technology companies across a range of sectors from cloud based computing (DemandForce) and calendaring (When.com) to online car insurance (Esurance) and security (PostX). Peter is also an independent director to a select number of privately-held companies and was named to AlwaysOn’s Venture Capital 100 – the top 100 VC’s – in 2012.

Peter is on the Stanford Graduate School of Business MSx Advisory Board, on the advisory board of the Ronald McDonald House at Stanford, and formerly on the executive board of the Pacific Skyline Council of the Boy Scouts of America. He is a past president of the Yale Club of Silicon Valley.

Peter received a Bachelor of Science in combined sciences (with honors and distinction in the major) from Yale University in 1978 and a Master of Science in management from the Stanford GSB in 1987.

Let's connect for a personalized demo.

See how to easily insert edit on an exported file with cineXtools and LucidLink.

This website uses cookies to improve your experience while you navigate through the website. Out of these cookies, the cookies that are categorized as necessary are stored on your browser as they are essential for the working of basic functionalities of the website. We also use third-party cookies that help us analyze and understand how you use this website. These cookies will be stored in your browser only with your consent. You also have the option to opt-out of these cookies. But opting out of some of these cookies may have an effect on your browsing experience.
Necessary Always Enabled
Necessary cookies are absolutely essential for the website to function properly. This category only includes cookies that ensures basic functionalities and security features of the website. These cookies do not store any personal information.
Non-necessary
Any cookies that may not be particularly necessary for the website to function and is used specifically to collect user personal data via analytics, ads, other embedded contents are termed as non-necessary cookies. It is mandatory to procure user consent prior to running these cookies on your website.
SAVE & ACCEPT